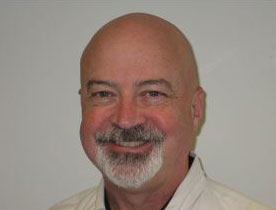 J. “Jim” O’Brien, Jr., P.E., M.ASCE grew up in a large family of seven children. Due to his father’s job at Swift & Company, he moved around frequently, and called places throughout Indiana, North Carolina, and Louisiana home. Jim’s family sent all seven children to private, Catholic schools, but Jim found it to be an unreasonable financial burden for his parents. Therefore, he worked continuously throughout high school to foot the bill of his education, and then continued his studies at the United States Military Academy (“West Point”). He stated, “My prime motivator for attending West Point was that it was free, and in the 1970’s that was a good gig. It turns out, though, that it was also a really great school.”

Jim notes that West Point is where he really grew up, “and that’s where the ethos of giving started for me.” As a student, he often attended blood drives, and after graduating, he got a group of friends together to make a donation to West Point’s Association of Graduates.

Jim joined the US Army Corps of Engineers, after he completed his undergraduate education at West Point. He commented, “On one hand, I was suited to engineering from an academic point of view, but at the same time I liked the combat engineering side of things, too.” Luckily for him, he was able to go back and forth between general and combat duties, and he also picked up a teaching job at West Point. It was there, he said, that he learned of the West Point Bridge Design Contest (currently known as the “Engineering Encounters Bridge Design Contest”), and the Excellence in Civil Engineering Education Teaching Workshop (ExCEEd)—both now ASCE programs that are supported by the ASCE Foundation. A few years later, Jim found himself teaching at Notre Dame—his dream school as a kid—and now he works both at ASCE, and as an adjunct professor at George Mason University.

In 2013, the Eastern Regional Younger Members Council contributed to the ASCE Foundation in honor of Jim, after a leadership session he led at the Multi-Regional Leadership Conference. Jim remembered the gift fondly stating, “I was so surprised. Throughout the years, I’ve gotten a number of plaques and small favors for speaking at events—which I appreciate—but the contribution given in my name was such a special honor.” In turn, this contribution led to a ripple effect, and Jim decided to make a gift to the Foundation as well. He commented, “You have to be intentional. I’ve been facilitating the ExCEEd Workshop and the Bridge Design Contest for years, and now, at this point in my life, I felt that I could really contribute, and give back.” However, Jim’s philanthropy does not end with the ASCE Foundation. He continues to support West Point, and a number of other respected charities. Throughout Jim’s life, he’s had a duty of giving back, and the ASCE Foundation is proud to support learn-by-doing programs like the ExCEEd Workshop, and the Bridge Design Contest, which Jim has worked so hard on.