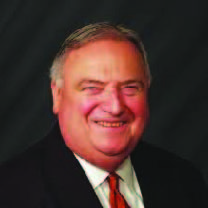 Michael N. Goodkind, Ph.D., P.E., S.E., CVS, F.ASCE, is a passionate and dedicated civil engineer.  This strong passion for the civil engineering profession and ASCE has been interwoven into the Goodkind family structure for generations.

Michael has an extensive history of civil engineering in his family.  His grandfather, Morris Goodkind, began the civil engineering tradition in 1904 when he graduated with a B.S. in Civil Engineering from Columbia University and went on to serve as Chief Bridge Engineer for New Jersey for 25 years. Morris also worked as a consultant to the war department in Washington during World War II, was involved in the founding of the National Society of Professional Engineers, and was a District Director of ASCE, during his career. Michael’s father, Herbert, and uncle, Donald, were also Civil Engineers.  Both served in World War II and worked as civil engineers for many years. Today, Morris Goodkind and Donald Goodkind have a pair of bridges spanning the Raritan River in New Jersey named in their honor.

After seeing his family’s contributions to the field of civil engineering, Michael decided that he wanted to be a part of the tradition.  Michael obtained his B.S. in Civil Engineering from Rutgers University in 1965, his M.S. in Structural Engineering from Iowa State University in 1967, and a Ph.D in Structural Engineering from Northwestern University in 1973. He also earned a M.B.A. from the University of Chicago in 1976.  Michael began his career at Alfred Benesch & Company. He originally worked on civil projects, but later got involved with business development. In 1989, he proudly became the President of the company, and served in that role for 19 years. Michael stepped down as President in 2009, and retired in May of 2013.

Giving back to his family’s profession is important to Michael and his wife, Mary, who also has a graduate degree in civil/environmental engineering.  Michael has supported the ASCE Foundation for more than 25 consecutive years, making him a longstanding member of our Pacesetters Circle.  The Pacesetters Circle honors those individuals who have consecutively supported the Foundation for 5 years, or more – no matter the size of the gift.

To support the ASCE Foundation’s ongoing efforts to support civil engineering every day, Michael became a charter member of the James Laurie Visionary Circle.  Members of this prestigious giving circle make an initial gift of $5,000, and commit to a gift of $1,000, or more, annually.

JLVC members represent our most dedicated annual supporters. Learn how you can join this group of individuals that are passionate about advancing the civil engineering profession through philanthropic investments.

Is a gift of cash right for you?

One of the easiest and most common ways for you to support the American Society of Civil Engineers Foundation is with a gift of cash. By making a cash gift by check, or credit card today, you enable us to fulfill our mission of developing resources to build a stronger profession to meet tomorrow’s national and global challenges. You will have the opportunity to see your generosity in action and will also receive a federal income tax charitable deduction, when you itemize.

If you have any questions about gifts of cash, please contact us. We would be happy to assist you and answer any questions you may have.