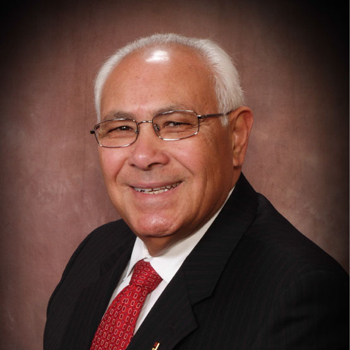 ASCE Foundation supporter, Moustafa A Gouda, P.E., D.GE, F.ASCE, shines as an outstanding leader in the civil engineering profession. In fact, the U.S. Congress even declared a holiday in his name: Moustafa Gouda Day, celebrated on May 14, 1999. However, he credits much of his leadership experience to his membership to ASCE. While working as a Chief Engineer at Lippincott Engineering in Riverside, New Jersey (later to be named Lippincott, Jacobs & Gouda), Moustafa asked his boss if he would pay for his ASCE membership fee. His boss agreed, but under the stipulation that Moustafa would participate fully in the Society’s activities. Little did they know just how involved he would become. Throughout the years, Moustafa served as the Philadelphia Section President, the New Jersey Central Branch and New Jersey Section President, ASCE Board Member and Treasurer on the Board of Direction, and as a Governor of the ASCE Geo-Institute. Moustafa was also nominated for ASCE President-Elect, where he shared the ballot with Kathy J. Caldwell, P.E., F.SEI, Pres.11.ASCE.

Even with all of his leadership obligations on the Public Policy Committee, Local Involvement Committee (LIC), and Council on Federal Procurement of Architectural and Engineering Services (COFPAES), Moustafa finds the time to give an impact gift to the ASCE Foundation. He stated, “ASCE has given me an invaluable amount of leadership training and education, and I wanted to support ASCE’s incredibly important initiatives. This gift was given before attending my 25th Annual Conference and I felt that it was a good time to give back.” Because of Moustafa’s generosity, the Foundation continues to strengthen ASCE’s three priority areas: Education for Today & Tomorrow, Policy & Participation, and Advancing the Practice. Moustafa’s recent act of philanthropy represents his second major contribution to the Foundation. We are honored to count him among our loyal supporters, who are enhancing the Society’s innovative programs, and paying it forward to the next generation. You can also read more about Moustafa’s civil engineering journey in the All in the Family: Legacy eBook.